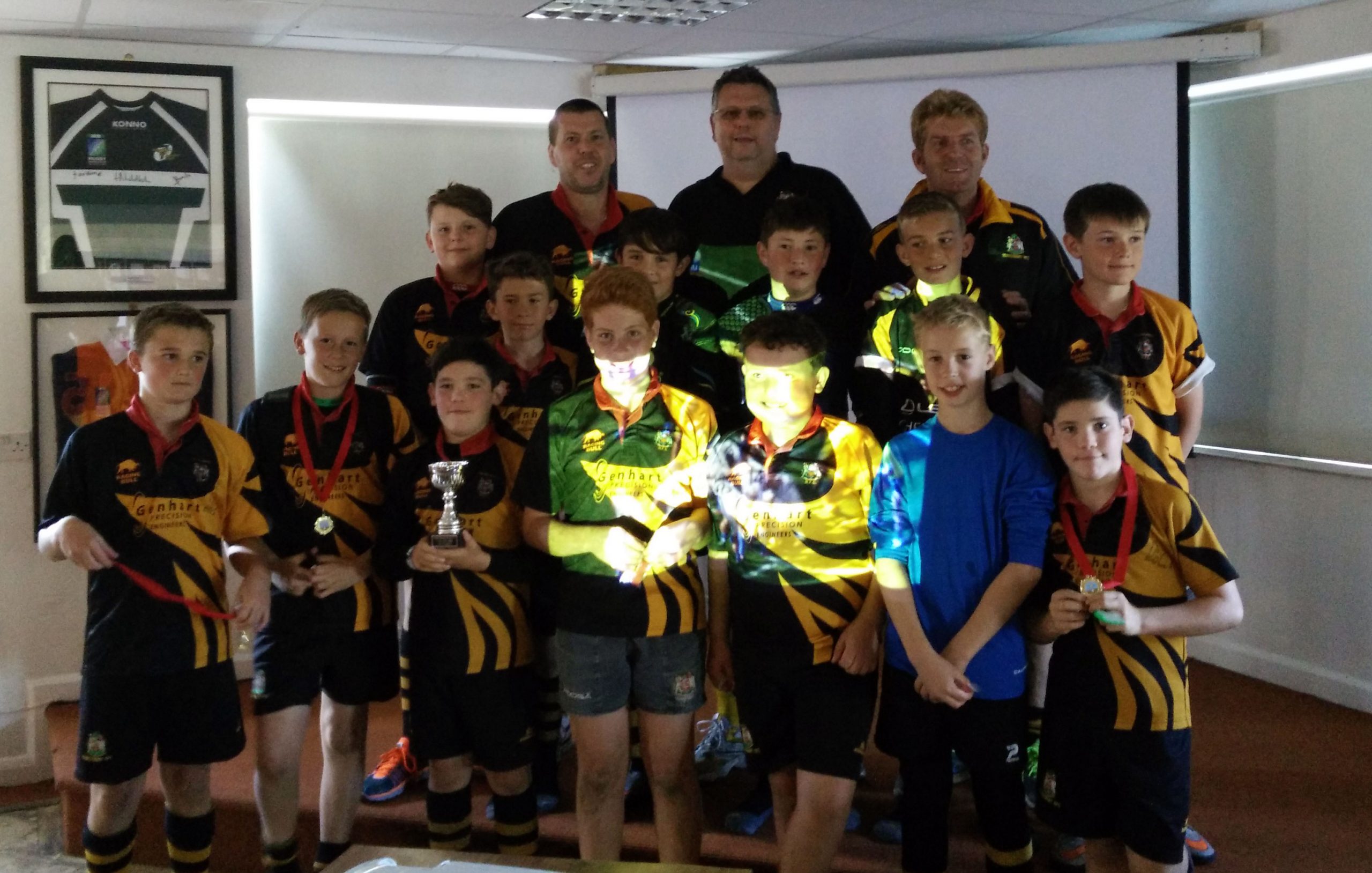 On a bright sunny day Tewkesbury tigers under 12’s set off to take part in the Cheltenham under 12’s festival .
We were drawn in a pool with Dursley and Longlevens.

Game 1.
Tewkesbury v Dursley
Tewkesbury started the game slowly with Dursley dominating the scrums and running at Tewkesbury at every opportunity but the one thing Tewkesbury are not slow at is tackling and as the game went on Tewkesbury started to dominate and win more and more ball . This enabled the lads to get 4 tries before half time through good forward work and great backs running .
Now Tewkesbury had taken control of the game they started to play good flowing rugby the backs and forwards now working well and inter linking with each other great to see . Game finished with Tewkesbury running in 6 more tries.

Game 2.
Tewkesbury v Longlevens
Tewkesbury now on a roll came across there old enemies and very good rivals . The respect we have for this team showed in the first half as both teams tried to get the upper hand and both teams showed some good rugby, this half finished 0-0 .
The second half started has the first half finished but slowly Tewkesbury started to get the upper hand and pile on the pressure, which eventually paid off as they broke the dead lock with a great back line move. Tewkesbury then turned on the pressure more and through again great play by forwards and backs went over for 3 more times.

Game 3. (The Final)
Tewkesbury v Cheltenham
Tewkesbury were well fired up for this encounter and it showed from the off both teams went at each other but Tewkesbury’s defense was ruthless and they where in no mood to let in a try. Tewkesbury under pressure in their half won the ball, a great clearing kick down field turned defence into attack as the lads followed it up Cheltenham’s full back panicked under pressure from our lads and popped it up for us to gain possession and run in the try. half ended 5-0.
Second half was another arm wrestle between the team as Cheltenham tried to break Tewkesbury down but Tewksbury’s defense was to strong and as the clock wound down Tewkesbury kept there heads and closed the game out winners, all the coaches were well proud of all the players that attended this festival and can say they all put Tewkesbury rugby club in a good light and did us proud. No one players name has been mentioned due to this being a team effort and We Win as a Team and Lose as a Team. Also i’d like to mention the kids in the squad that stayed back and trained at the club that are a big part of the team well done to you lads and lasses this win is yours as well 🙂 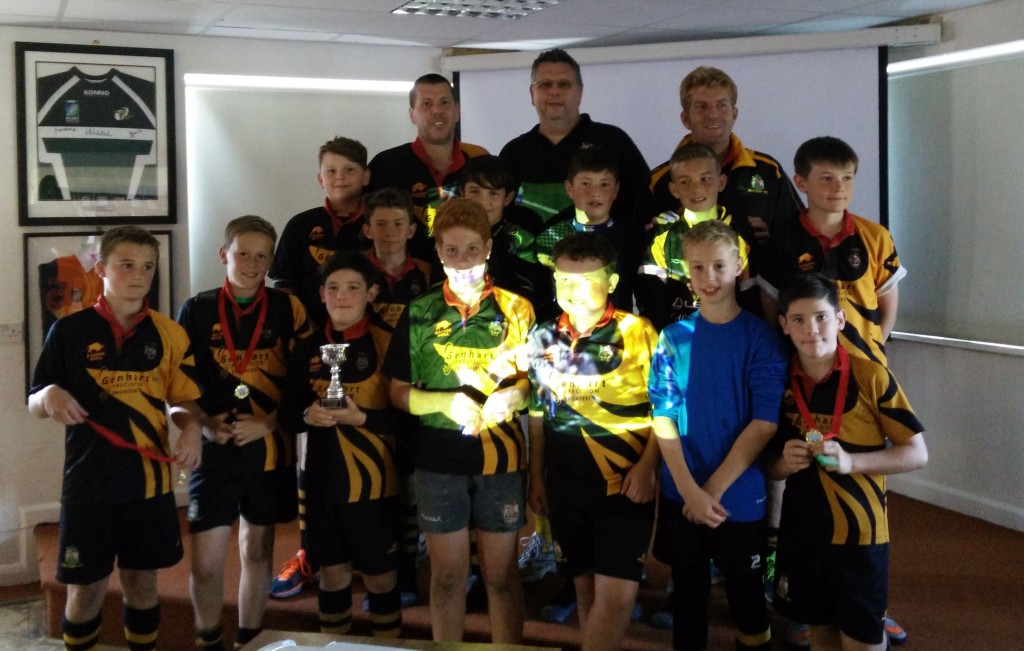