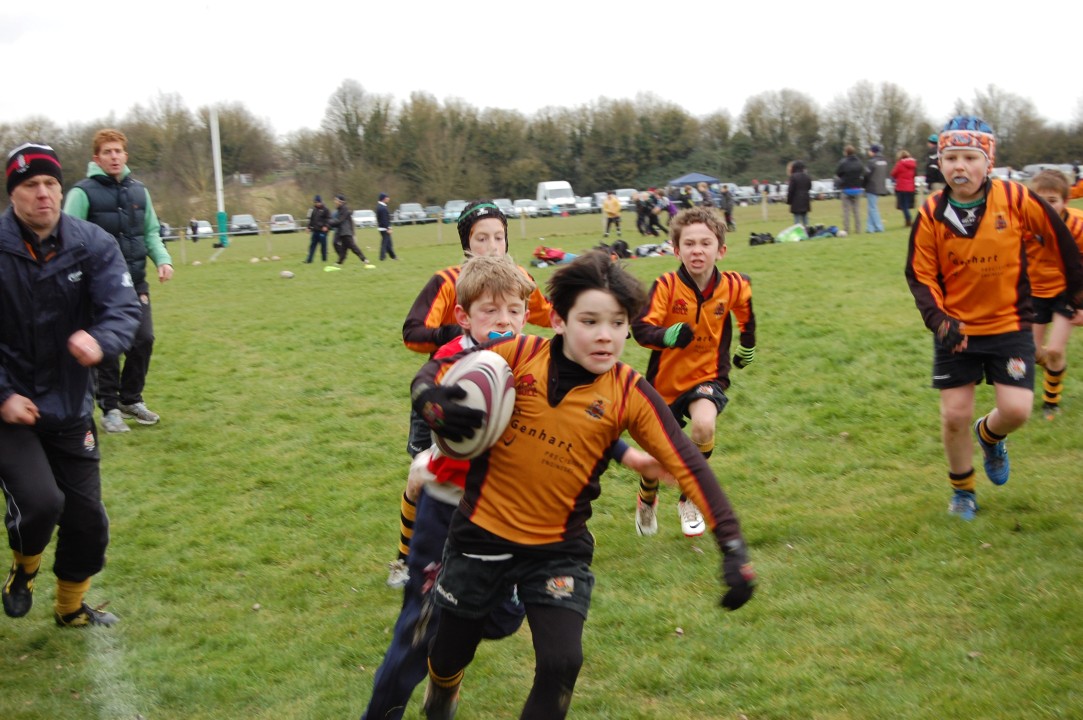 Tewkesbury under 9”s hosted a large looking Chosen Hill side and fielded a very experienced side themselves, even though they had lost several key players through injury, illness and international call ups.

Tewkesbury 30 – 0 Chosen Hill
Chosen hill won the toss and chose to start. As expected they sent in there big players first only to be met by an impressive Tewkesbury defence who repelled them back with out standing aggression, this shocked the Chosen Hill players who did not expect to be met by such ferociousness. Tewkesbury then took the game to Chosen Hill and started to run at the opposition with the same aggression as they had when defending driving them back down the field. This kept on through out the half, Tewkesbury ran in two tries and had another two disallowed for knock ons.
The second half saw a broken Chosen Hill side take to the field and Tewkesbury making several changes to their team, this how ever never changed there tactics or aggressive play as time after time they drove Chosen Hill back every time they had the ball. Chosen Hill now started to miss tackles to allow Tewkesbury to run in four more tries before the end of the game.
Tewkesbury 45 – 5 Chosen hill
Tewkesbury started the second game with a completely different side, this allowed Chosen Hill to settle into there game as Tewkesbury had to reshuffle there formation. Chosen Hill struck first with a well worked try. this spurned them on and gave them a bit of a spring there step, this how ever did not last as this was the motivational tool the Tewkesbury team needed and they quickly replied with a try of there own, as the game went on Tewkesbury started to take more control of the game and ran in one more try before half time.
The second half saw both sides make changes to there line ups, Chosen Hill how ever started to fade and as time went on and under extreme pressure from Tewkesbury, folded allowing them to run in try after try to make the final score a deserved 45-5.
All the players available stepped to the challenge and played very well, this is the reason no one player has been mentioned in the write up as they all played out of there skins.
[post_list name=”simpleAttachmentList_10-U9″]
Share This