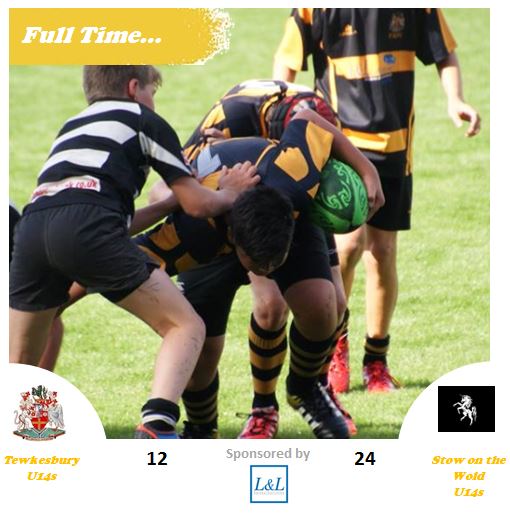 The long drive and the cold morning did not help the lads today. A very frustrating morning for the coaches where the final scoreline does not reflect the effort that the boys put in. The discipline and self control that was shown throughout the game by the boys was a credit to the club.

Tewkesbury scored within seconds of the kickoff . Then the rest of the half can probably be described as three mistakes by Tewkesbury (whilst putting Stow under pressure  in their own half ) and three tries to Stow. At half time the score was 19  – 5. In the second half Tewkesbury had most of the possession dominating in much of the rucking, scrummaging and lineout again putting Stow under a lot of pressure. Eventually Tewkesbury scored a second following a charge down over the Stow line. Stow scored another try before the final whistle was blown. 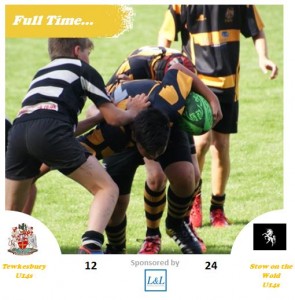